CGEE in Israel and Palestine

Welcome to Augsburg CGEE in Israel and Palestine! This region, famous for its historical and religious significance, is also a place with a vibrant arts scene, rich culinary traditions, and inspiring community organizing and environmental sustainability movements. In Palestine, CGEE offers programming in collaboration with Dar al-Kalima University in Bethlehem. Dar al-Kalima's focus on performing arts, visual arts, and cultural heritage is unique in its mission to bring about social change through the awareness that art can bring to society.

When you plan a program with CGEE, you will get an inside glimpse of the complexity of the realities for communities throughout the West Bank and Jerusalem. You will hear directly from local people, community experts, and organizations about the history, art, politics, cultural achievements, and daily struggles of the Palestinian people. Take a moment to review a sampling of our program themes and the amazing locations available to you.  Once you have selected a topic or two that you are interested in, contact CGEE staff via email or phone to discuss your interests. We will work with you to develop a customized itinerary for your next program.

Popular themes in Israel and Palestine include (but are not limited to):

Bethlehem: The city of Bethlehem is in the West Bank, Palestine, just 6 miles south of Jerusalem and is home to our partner institution Dar al-Kalima University. It is a bustling city of nearly 30,000 people with a vibrant city center. A popular tourist destination, Bethlehem receives many travelers who come to visit numerous religious sites as well as many socio-political and artistic landmarks like: The Church of the Nativity, the Separation Barrier, and various well-known Banksy original murals. Bethlehem has a significant Christian population but is now a predominantly Muslim city where different religions live peacefully together and participate in an active and inspiring civil society.

Jerusalem: The city of Jerusalem is both ancient and sacred, considered to be a holy city by the three largest Abrahamic religions: Islam, Christianity, and Judaism. The narrow streets of the Old City hold a busy marketplace and a breathtaking number of religiously significant sites. Politically, both Israelis and Palestinians claim Jerusalem as their capital; however neither claim is officially recognized internationally. Long fought over, the city offers a compelling opportunity to see history through multiple lenses and learn from people affected by the ongoing disputes around life in Jerusalem today.

Hebron: The largest city in the West Bank, Hebron has a population of over 200,000 people, holds various universities, and is a major trade hub of the region. It is also regarded as a highly religious city and is home to the Cave of the Patriarchs / Ibrahimi Mosque, which is seen by Abrahamic traditions as the burial site of three key patriarchal couples. In a day trip to Hebron, participants are able to visit this holy site, though security protocols are quite strict due to the divided nature of the city. In 1997, the Hebron Protocol split the city into two sectors, one controlled by the Palestinan National Authority (H1) and one controlled by Israeli military administration (H2). Hebron is sometimes referred to as a ‘microcosm’ of the Israeli-Palestinian conflict and offers an opportunity for an up close examination of the land struggles, abandandoned neighborhoods, and ever changing security realities.

Jericho: Located in the Jordan Valley, within the West Bank, Jericho is called the ‘world’s oldest continually inhabited city’. In fact, archeologists have found at least 20 successive settlements here that are more than 10,000 years old and there are numerous archeological wonders worth visiting, perhaps most notably: Hisham’s Palace, one of the most significant early Islamic sites in Palestine. It is also the lowest city in the world, sitting at 274 meters below sea level, and its microclimate is often referred to as an oasis in the desert.

The Jordan River Valley: Spanning North to South from the Sea of Galilee to the Dead Sea, the Jordan River Valley is culturally, religiously, and geographically vital to the region. Plan a day trip to visit its religious sites and/or learn about its cultural significance, the surrounding environmental issues, and rehabilitation efforts in progress.

Tiberias: situated in Northern Israel, on the western shore of the Sea of Galilee, Tiberias is both a site of religious significance and a resort city with many hotels and hot springs known for their healing properties. These factors make it an oft chosen base for groups looking to travel North to visit the Sea of Galilee, Capernaum, Nazareth, and the Mount of Beatitudes.

Nazareth: The largest Arab city in the northern district of Israel, Nazareth is widely recognized as the childhood home of Jesus and has long been an important site for religious tourists who come to visit the Basilica of the Annunciation.

The Dead Sea: known as “the lowest point on earth”, this salt lake is fed by the Jordan River and is bordered by Israel, Palestine, and Jordan. The Dead Sea is both a stunning place to visit and the site of critical water conservation work. Since 1960 the Dead Sea has lost over a third of its surface area and continues to drop by over 1 meter per year. Plan a day trip to float in its waters and/or learn about the work around environmental protection.

Masada: The ancient fortification of Masada is located in the southern district of Israel, along the eastern border overlooking the Dead Sea. Plan a day excursion to explore this UNESCO World Heritage site and climb (or ride a cable car) up to the archeological site.

The prices below represent the typical per person cost for an 10-day/9-night program in Palestine. Prices can decrease when costs can be shared among a larger group of participants. These prices include two free leaders, some meals, and do not include the cost of airfare.
This estimate is only an approximation based on other programming we have done in Palestine.  After you have submitted your application and we have worked out an itinerary specific to you, the program cost and payment instructions will be sent. Group scholarships are also available on a limited basis.

Questions about custom programming in Israel and Palestine? Contact Peggy Johnson at: 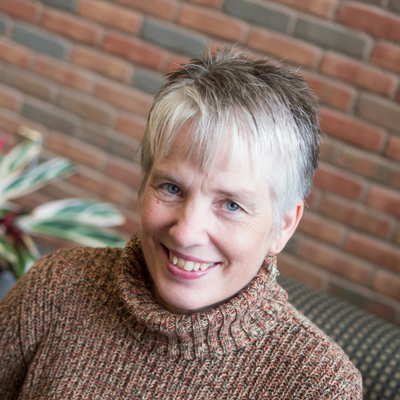 Ready to start customizing with CGEE in Palestine? Start an application today!