Welcome to CGEE in Guatemala!  CGEE has been offering educational programming in the beautiful country of Guatemala since April 1985. Guatemala is a country rich in culture and interesting sites to experience. From the charming colonial city of Antigua, to Lake Atitlán and its surrounding volcanoes, to the colorful tapestry of Mayan history, there is an abundance of things to do, see and learn. When you plan a program with CGEE, you will get an inside glimpse of Guatemala and learn from local people, community experts and organizations that are committed to improving and strengthening their communities and their country.

Take a moment to review a sampling of our program themes and the amazing locations available to you. Once you have selected a topic or two that you are interested in, contact CGEE staff via email or phone to discuss your interests. We will work with you to develop a customized itinerary for your next program!

Popular themes in Guatemala include (but are not limited to): 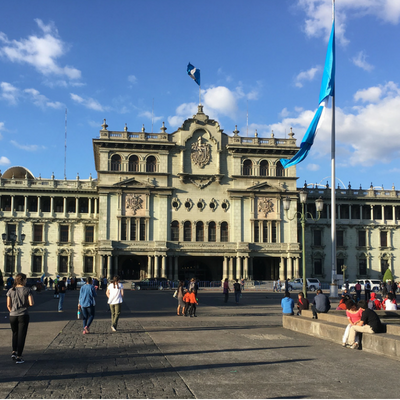 in Zone 11 and is a study center run by the Mennonite Church. Programming in Guatemala City will be limited to day-time hours and lodging will be located in Antigua. Possible visits include The House of Memory Museum, The Archdiocese Human Rights Office, the cathedral, the national palace in the central plaza, government offices, the National Museum of Archeology and Ethnology, Popol Vuh and Ixchel Museums, the Congress, the private business sector, United for a Better Life (UPAVIM), and a women’s cooperative in a marginalized sector of the city.

Iximche:  Mayan archaeological site located west of Guatemala City towards Lake Atitlán.  An excellent site to explore Mayan spirituality and to participate in a 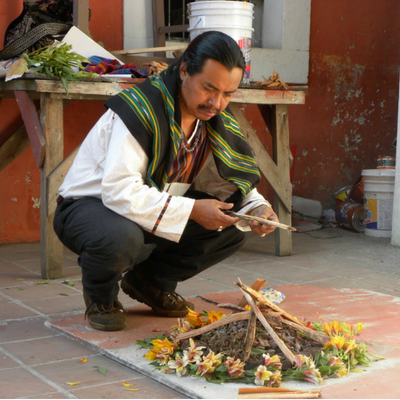 spiritual ceremony.  Plan a half-day visit to the site.

Panajachel:  A tourist town in a stunning setting on the north shore of Lake Atitlán, and an excellent base for exploring the area around the lake.  Visits can include: a day trip by boat to the town of Santiago Atitlán, San Lucas Tolimán or other towns around the lake, or homestays in Santa Catarina Palopó and San Antonio Palopó.  Participants stay at Hotel K’amol B’ey, a comfortable tourist hotel.

Lake Atitlán/Santiago Atitlán:  A dramatic volcanic lake surrounded by volcanic peaks in the Highlands in the department of Sololá, 80 km west of Guatemala City.  The town of Santiago Atitlán, located on the lake’s southern shore, is home to the T’zutujil Maya.  It is an excellent place to learn about contemporary Mayan spiritual practice, special education, cooperatives, coffee production, health, and to complete service learning at the hospital. Other possible visits include local artists workshops, the cofradias (religious brotherhoods), the colonial church where a U.S. priest was killed in 1981, and the site of a massacre of residents by the Guatemalan Army in 1990.

Lake Atitlán/San Lucas Tolimán is a municipality in the Sololá province, a place for visits and volunteer work. The town of about 17,000 people sits on the 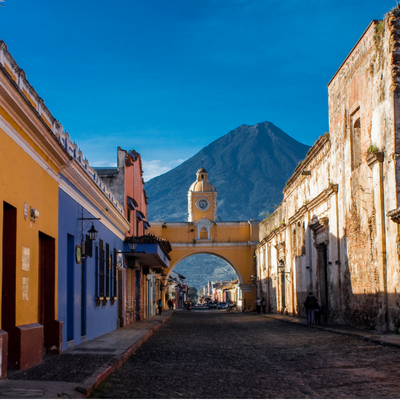 southeastern shore of Lake Atitlán. The population is about 95% Highland Maya from the Cakchiquel Ethnic group. At 5600 feet altitude, the town offers "eternal spring" with annual temperatures ranging from 50–80 degrees F. The area is well known as being the site of the San Lucas Tolimán Mission, overseen by the Roman Catholic Diocese of New Ulm in the city of New Ulm, Minnesota. The Mission was founded in the 1960s by Monsignor Gregory Thomas Schaffer, who was responsible for starting up a series of education, health, and agriculture initiatives, including the granting of 3 acres of land each to 4,000 families, the launch of medical clinics, the Women’s Center and the start of a fair-price coffee initiative. Monsignor Schaffer encouraged a group of lay volunteers to found Agua del Pueblo, which is the oldest non-governmental organization dedicated to water supply and sanitation in the world. Following Monsignor Schaffer’s death, a new group called the "Friends of San Lucas" was appointed to continue the work in the area.

Santa Maria Nebaj is a municipality in the Quiché province, 254 km northwest of Guatemala City and 91 Km from the City of Quiché. Nebaj in the Ixil Language means “water spring” and it is part of the Ixil Community, along with San Juan Cotzal and San Gaspar Chajul that form the Ixil Triangle. Native residents speak the Mayan Ixil language. Visits can include the Ixil University, cooperatives and villages in the area that were affected by the 36-year armed conflict. 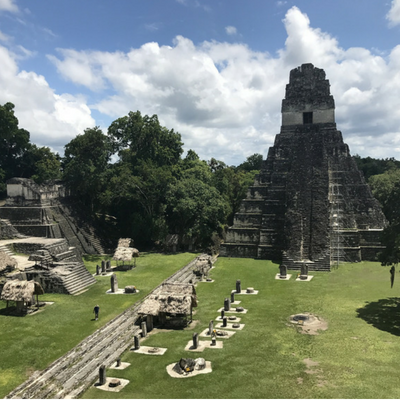 the 400-year-old church of Santo Tomás and shopping in the market.  Groups stay at the modest Posada de San Jerónimo.  A day excursion can be arranged to visit the “Naomi and Ruth” weaving cooperative in nearby Chontala, whose members are all widows.

Quetzaltenango:  Western Highland city, located in area where some of the most intense armed conflict occurred during the civil war.  Quetzaltenango, home to a number of Spanish language schools, is the second largest city in Guatemala. Commonly referred to as “Xela.”  About two hours from the highland town of Huehuetenango.

Tikal:  Monumental ancient Maya archaeological site in the lowland Petén region that was an important spiritual and political center.  Possible activities include a tour of the site, climbing the pyramids, and exploring the rainforest setting.  Groups stay in the Jungle Lodge, a comfortable tourist hotel within walking distance of the site.  Flights depart Guatemala City daily for Flores (35 minute flight-time). Van transportation is arranged from Flores to the site, a one-hour drive.

The prices below represent the typical per person cost for an 8-day/7-night program in Guatemala. Price can decrease when costs can be shared among a larger group of participants. These prices include one free leader, and do not include the cost of airfare.
This estimate is only an approximation based on other Guatemala programming we have done.  After you have submitted your application and we have worked out an itinerary specific to you, the program cost and payment instructions will be sent. Group scholarships are also available on a limited basis. 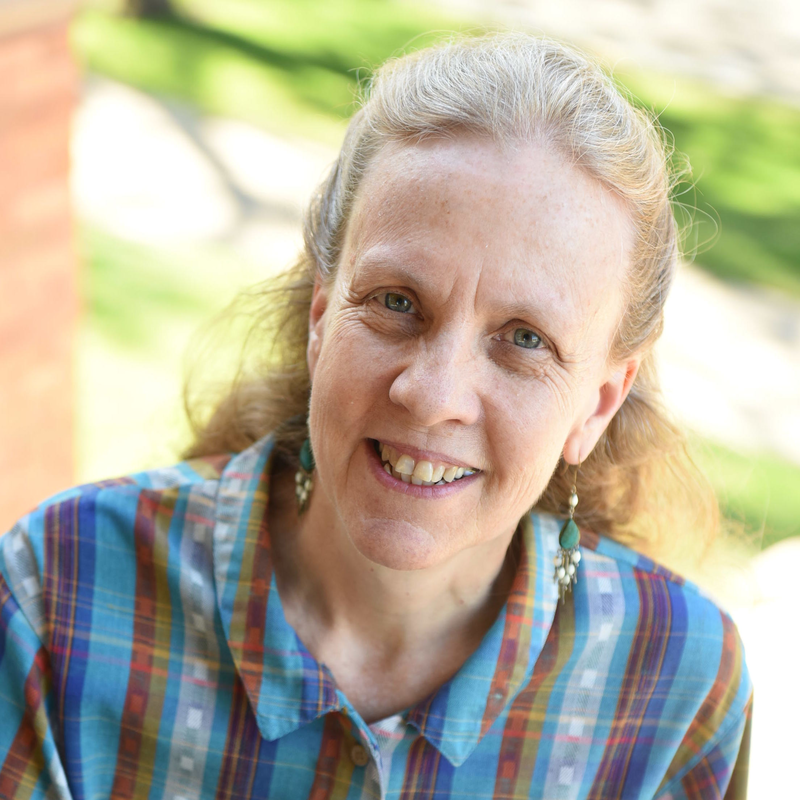 
Ready to start customizing with CGEE in Guatemala? Start an application today!