Welcome to CGEE in Costa Rica!  Costa Rica is a rugged, rain-forested Central American country with coastlines on the Caribbean and Pacific. Its capital is San Jose, situated in a highland valley in the central part of the country. Costa Rica is known for its beaches, volcanoes, and biodiversity. Roughly a quarter of its area is made up of protected jungle, teeming with wildlife including spider monkeys and quetzal birds. Costa Rica hosts more than 5% of the world’s biodiversity even though its landmass only takes up .03% of the planet’s surface. Costa Rican culture is a vibrant blend of indigenous heritage and Spanish colonial influence, and also other immigrant cultures, including Jamaican, African and Chinese. The official language of Costa Rica is Spanish, however, there are also many local indigenous languages spoken, and many people also speak English. Costa Rica has enjoyed a stable democracy for many years and is committed to universal education and health care. However, Costa Rica is not a utopia; the country faces a number of challenges, including environmental issues, economic concerns, and rising inequality among various societal groups.

When you plan a program with CGEE, you will get an inside glimpse of Costa Rica and learn about its complexities and challenges as well as its achievements. You will hear from the local people, community experts, and leaders who are striving to create a stronger and more just society. Take a moment to review a sampling of our program themes and the amazing locations available to you.  Once you have selected a topic or two that you are interested in, contact CGEE staff via email or phone to discuss your interests. We will work with you to develop a customized itinerary for your next program.

Popular themes in Costa Rica include (but are not limited to): 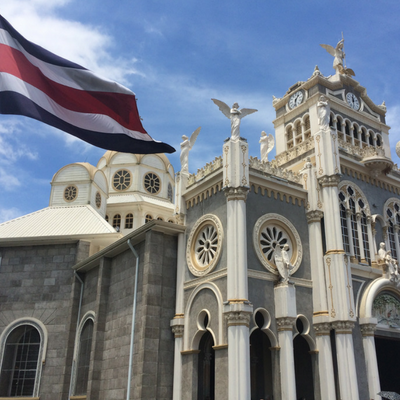 Central Valley: San José, Alajuela, Heredia and Cartago. San José (meaning "Saint Joseph") is the capital and largest city of Costa Rica. Located in the midwest of the Central Valley, San José is the seat of national government, the focal point of political and economic activity, and the major transportation hub of this Central American nation. Alajuela is the second-largest city in Costa Rica after the capital San José and is also the capital of Alajuela Province. Alajuela is currently part of the conurbation of the Great Metropolitan Area. Heredia is a province of Costa Rica in the north-central part of the country. As a result, the province covers areas as diverse as the agriculture-rich northern plains to the more metropolitan areas like the city of Heredia in the Central Valley. Cartago used to be the capital city of Costa Rica, and the Basilica of Virgin de los Angeles, Patron Saint of Costa Rica, is located there. 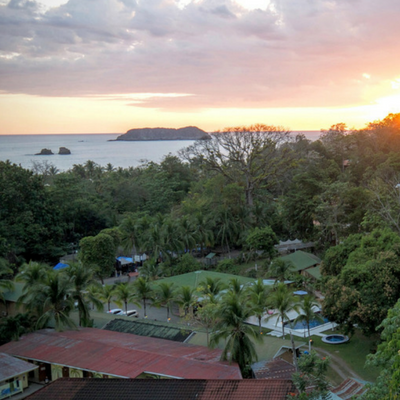 Manuel Antonio National Park and Pacific Ocean: Considered "the Jewel of Costa Rica's Pacific Coast," this park comes with expansive white sand beaches and lush forests that grow right up to the tide line. Observe fauna and flora and an abundant diversity of wildlife, including sloths, iguanas, squirrel monkeys, and millions of colorful crabs. Four beaches are also contained within the limits of the park: Manuel Antonio, Espadilla Sur, Teloro, and Playita.

Longo Mai, located near Perez Zeledon: Longo Mai in Provencal means “may it last long.” This community village located in southern Costa Rica comprises about 2,200 acres, half of which is protected rainforest. The village is based on self-administration and agricultural self-sufficiency.  In 1979 many Nicaraguans had to flee from the regime of Anastasio Somoza, and a group decided to move to Costa Rica, buy land, and form their own community. This community provided a way for refugees to live independently and with dignity.


Boruca Indigenous community:  The Buraca are an indigenous people living in Costa Rica. The tribe has about 2,660 members, most of whom live on a reservation in the Puntarenas Province in southwestern Costa Rica. This community located in the South Pacific Cost, near Buenos Aires. The ancestors of the modern Buruca made up a group of chiefdoms that ruled most of Costa Rica’s Pacific coast.  Boruca traditionally spoke the Boruca language, which is now nearly extinct.

Monteverde and Santa Elena, Puntarenas Province: Monteverde is a small community in Puntarenas, Costa Rica, located in the Cordillera de Tilaran. It is Limon: the heart and soul of the Caribbean coastal province of Limón. This is the region's largest city, with a population of approximately 85,000, including the surrounding districts. The inhabitants are mostly comprised of Afro-Caribbean ancestry, giving the city a completely unique appeal in a country that is over 90% mestizo.

Bribri indigenous territory: Puerto Viejo de Talamanca is a coastal town in Talamanca in Limon Province in southeastern Costa Rica, also simply known to the locals as Puerto Viejo. The town was originally called Old Harbor until the Spanish central Costa Rican government institutionalized Spanish as the new local language and changed the names of the towns and landmarks in the area from English to Spanish. Puerto Viejo de Talamanca is a popular surfing community destination. It is known the biggest and most powerful wave in Costa Rica, known as Salsa Brava. It is also home to beautiful beaches, such as Playa Chiquita, Playa Negra, and Punta Uva, which are a few of Costa Rica's most spectacular beaches which can be found between Puerto Viejo and Manzanillo.

Sample Programs:
Immigration in the Costa Rican Context
Healthcare and Education as Human Rights
Sustainability and the Environment

The prices below represent the typical per person cost for an 8-day/7-night program in Costa Rica. Price can decrease when costs can be shared among a larger group of participants. These prices include one free leader, and do not include the cost of airfare.
This estimate is only an approximation based on other Costa Rica programming we have done.  After you have submitted your application and we have worked out an itinerary specific to you, the program cost and payment instructions will be sent. Group scholarships are also available on a limited basis.

Ready to start customizing with CGEE in Costa Rica? Start an application today!