Bring a world of History, Politics, and Culture into your classroom this semester.


With a rich expanse of knowledge in the Latin American and Southern African regions, CGEE can find a guest speaker for your classroom tied to the history, culture, or politics from multiple areas! Common examples of topics speakers could discuss include: Indigenous peoples' experiences and history in Mexico and Guatemala, apartheid in South Africa and Namibia, revolution in Cuba, and the Contra War in Nicaragua.

Majors and minors that would be a good match for this topic includes: History, Global Studies, Political Science, Urban Studies, and many more!
.
REQUEST A SPEAKER OR ACTIVITY

Please note the speakers who are listed here are only a sample of the larger number of diverse speakers we have available. ​ 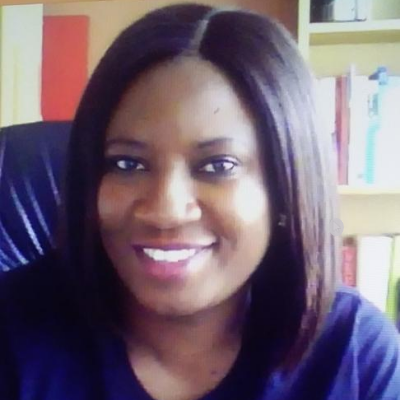 Albertina holds a Master’s Degree in Leadership and Change Management from the Polytechnic of Namibia, as well as a Master’s Degree in Development studies, majoring in population studies, poverty and social policies from the Institute of Social Studies in The Hague, The Netherlands. She is further certified in Econometrics and on Strategic Project Management. Albertina undergraduate degree is in Education, with a major in adult and non-formal education from the University of Namibia.  Albertina worked for the University of Namibia as a researcher for eight years. During this time, Albertina conducted research studies in various areas such as Community Based Natural Resource Management, Urban poverty and service delivery, awareness on climate change, migration and poverty, political development in Southern Africa, gender-based violence and contributory factors to road crashes in Namibia, among many others. In 2009, Albertina worked for the Motor Vehicle Accident Fund of Namibia as a senior Research and data officer, responsible for coordinating the Fund’s research projects and managing organizational information. 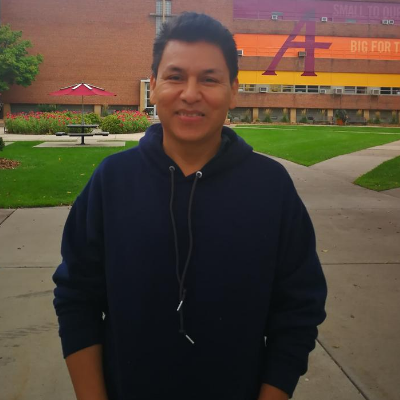 Juan Carlos is a Nicaraguan and graduated from the Central American University in Managua with a degree in English translation. Before joining CGEE, Juan Carlos worked for 6 years at the El Limon Mine in Nicaragua for a Canadian gold-mining company initially as a translator and later as manager of the procurement department. He joined the CGEE as a Study Abroad Facilitator for the Central America Semester Program in August of 2001. In 2005 he started leading short-term customized trips in Nicaragua and since 2011 he has led trips in Costa Rica as well. Juan Carlos is very passionate about Social Justice issues and loves being part of students’ learning process and the connection they develop with people and the Central America region. In addition to his work with the CGEE, Juan Carlos has worked with exchange programs through churches and has accompanied doctors and dentists from the US who come to provide free medical and dental consultations for rural Nicaraguans. Juan Carlos is married and has a lovely wife, a daughter who is currently studying at Augsburg and two teenage sons. 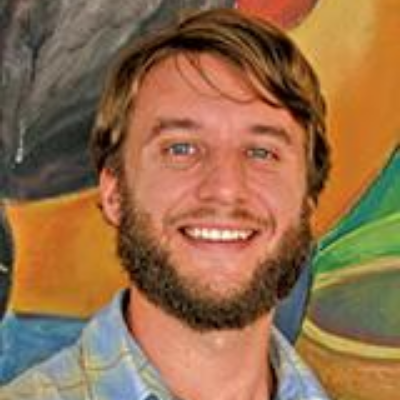 Joseph Connelly was born and raised in New Jersey. His first experiences with International Education came while studying at Siena College. Joe was a participant on the CGEE Central America Semester in the fall of 2004, an experience that drastically changed his life and the direction of his studies. He then went on to do a second semester abroad in Ecuador where he continued to perfect his Spanish and knowledge of Latin America. Joe has worked with CGEE since 2006. After working as an intern for the Central America Semester, he went on to work as the Study Abroad Facilitator, a position he would hold for over 5 years. Currently Joe splits his time between leading short term travel seminars in Nicaragua, Costa Rica, and Guatemala and with doing CGEE recruiting work in the United States. Joe's interest and expertise in issues of Faith and Justice have led him to do extensive trip leading for Jesuit and Franciscan Universities and Colleges. In addition to his work with CGEE, Joe has also worked as a facilitator consultant for the Canadian Social Enterprise called WE, leading youth leadership training in both Nicaragua and Ecuador. Joe lives in Managua with his wife Eliett and their twin daughters Claire and Grace. 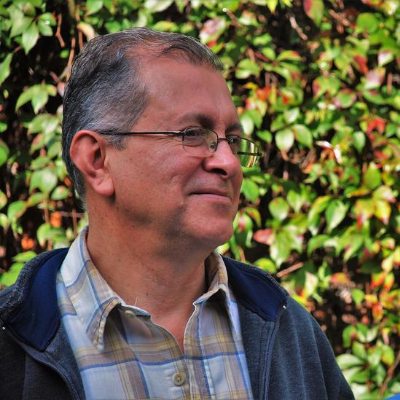 Antonio is a doctoral student (ABD) in History at the Centro de Investigacion y Docencia en Humanidades CIDHEM (Center for Teaching & Research on Humanities), Cuernavaca, Morelos, where he also completed his Masters degree in History.  He earned his Bachelors in Accounting at La Salle University in Mexico City and as a Certified Public Accountant worked for several years in the Mexican stock market. However, he wasn’t happy wearing a suit and tie nor living in Mexico City. He then went to Oxford, England where he studied English, but after a year he felt homesick, so he moved to Cuernavaca, where he has lived happily ever after since 1990. Prior to joining CGEE in January of 2003, Antonio spent several years teaching English and working at CETLALIC Alternative Spanish School, where he promoted the school and coordinated the Gay & Lesbian Studies Program. He is also a founder and active member of Grupo CD4, a non profit organization devoted to fight AIDS through sexual education and promote LGBT rights as well as LGBT culture. His primary academic interests are LGBT issues, literature, and history. He has been with Eduardo now for 28  years and when same sex marriage became legal in Mexico in 2014 he married. He has a stepson and now 2 grandchildren. He enjoys traveling, movies, reading, and writing.

He has been with CGEE for 18 years as a Professor (HIS, WGST), Program Coordinator and occasionally leading trips to Oaxaca & Chiapas.  He loves to show his country and its heritage, cultural richness and diversity. 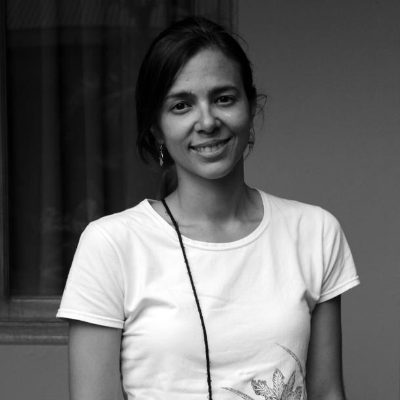 Fernanda Soto Joya is a Honduran/Nicaraguan anthropologist. She earned her PhD from the University of Texas at Austin. Soto has conducted research among mestizo and indigenous communities in the Caribbean Coast of Nicaragua and Honduras.  Her work has focused on issues of political identity, political memories, land rights, and territorial governance. In her academic work she underlines how gender, racial, and class inequalities in Central America are deployed and embodied when remembering the past or defending rights in the present. For instance, her HIS/WST 355 course explores the construction of race, class and gender in Guatemala, as a necessary step to understand how racism has been configured in Central America and is part of people’s baggage when they migrate to the US.  Fernanda is an Instructor and Project Coordinator for Augsburg CGEE in Central America. List of publications coming soon.

Ann loves teaching experientially through CGEE, as well as helping to design new programs and oversee an intercultural education effort.  She  is proudly a dual citizen of Mexico and the U.S.A., who has been working in Cuernavaca, Mexico with Augsburg's Center for Global Education & Experience (CGEE) since August 1993. The primary fields she teaches in are Religion; Gender, Sexuality, & Women's Studies, and Intercultural Communication. Ann earned her doctorate from the University of California at Berkeley, her masters from Yale Divinity School, and her undergraduate degree from Earlham College after spending a wonderful year at Oberlin College. She also completed graduate work and a certificate program in Intercultural Communication from the Summer Institute of Intercultural Education. She is also a Qualified Administrator of the Intercultural Development Inventory (IDI), as well as a Qualified Facilitator of the Global Competence Certificate (GCC). List of publications coming soon.

Elisa holds a Licentiate in diplomacy and international relations and a master's degree in rural sustainable development from the National Autonomous University. Elisa has worked for cooperatives and the Nicaraguan Government in the Ministry of Family Economy.

In 1994 he was asked to represent the Winds of Peace Foundation (WPF) in Nicaragua, which led to a contract between WPF and Augsburg University to manage the foundation's activities in Nicaragua. In that capacity he helped establish the strategic direction of the foundation, and has vetted hundreds of projects aimed at supporting rural women, indigenous peoples, initiatives aimed at improving the quality of education in Nicaragua, and institutional strengthening and credit for cooperatives. In March 2020 he was named CEO of the foundation.

The work with cooperatives has involved managing a team that conducts continuous research about the rural realities from the perspective of people at the grassroots, which is then translated and published on the foundation's webpage; holding annual certificate programs for cooperative leaders, adapting the principles of LEAN and Open Book Management to local realities; managing a loan portfolio that has lent out a total of $13.5 million since 1997, with a loan loss rate of under 2%.

Mark received his B.A. in Philosophy from St. Pius X Seminary in Erlanger, Kentucky and his M.A. in Theology with a concentration in Scripture from Mt. St. Mary Seminary in Emmitsburg, Maryland. Mark is married to Anne McSweeney, an independent translator and educator, who has frequently served as a consultant for CGEE trips and semester program courses in Nicaragua. They have two children, Marcos Roque, an alum of Augsburg, and Maura Rene, a graduate of Boston College. 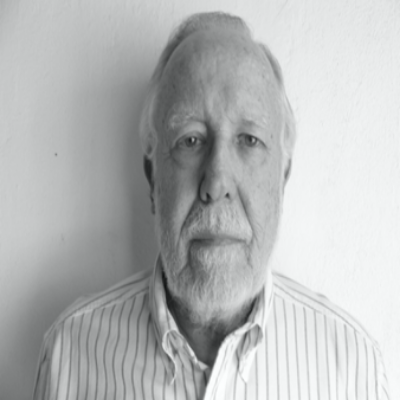 To discuss your organization's needs, or to enhance your classroom, please complete the request form to discuss options and to hear more about all of the speakers available. We look forward to working with you!